The old method (before 1900) of measuring results in much fewer cells per dm² as the new one introduced by Baudoux. Before Baudoux foundations with about 5 cells per inch were used, which corresponds to about 800 – 830 cells per dm ² according to the old measurement at 5.0 to 4.9 mm. But there was no conversion system and foundation manufacturers , after Baudoux, in the 20s till the 40s, took over the rate of 800 cells/dm ², but applied the new method of measuring. Thus it came to a cell sizes of about 5.4 mm. And apparently no one is aware of this serious error, because the size is maintained to the present day. 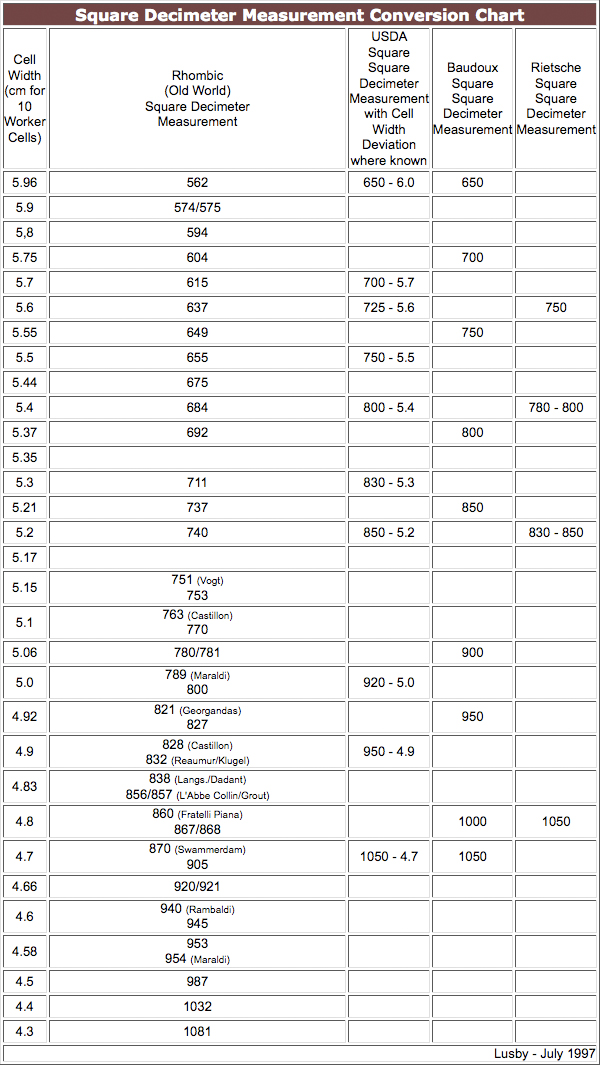 Prof Baudoux was so successful with his writing and his experiments, and so convincing , that manufacturing houses all started selling foundation with enlarged cells and claiming good results for the use of the same. Most of this work was done around the late 1920s through the 1930s and 1940s. (The result has been that this process of bigger is better with its resultant selling has never stopped, and continues up to modern day to the detriment now, that only enlarged oversized foundations (well beyond the bounds of possibility for bigger honeybees as envisioned by Prof Baudoux) are now only sold and standardized large at that, i.e. 5.7cm for 10 worker cells being about the largest).

Could this continuing trend towards bigger is better be an underlying causative effect creating todays problems of parasitic mites and their accompanying secondary diseases?