The best way to resistant bees, basics of Ed&Dee Lusby 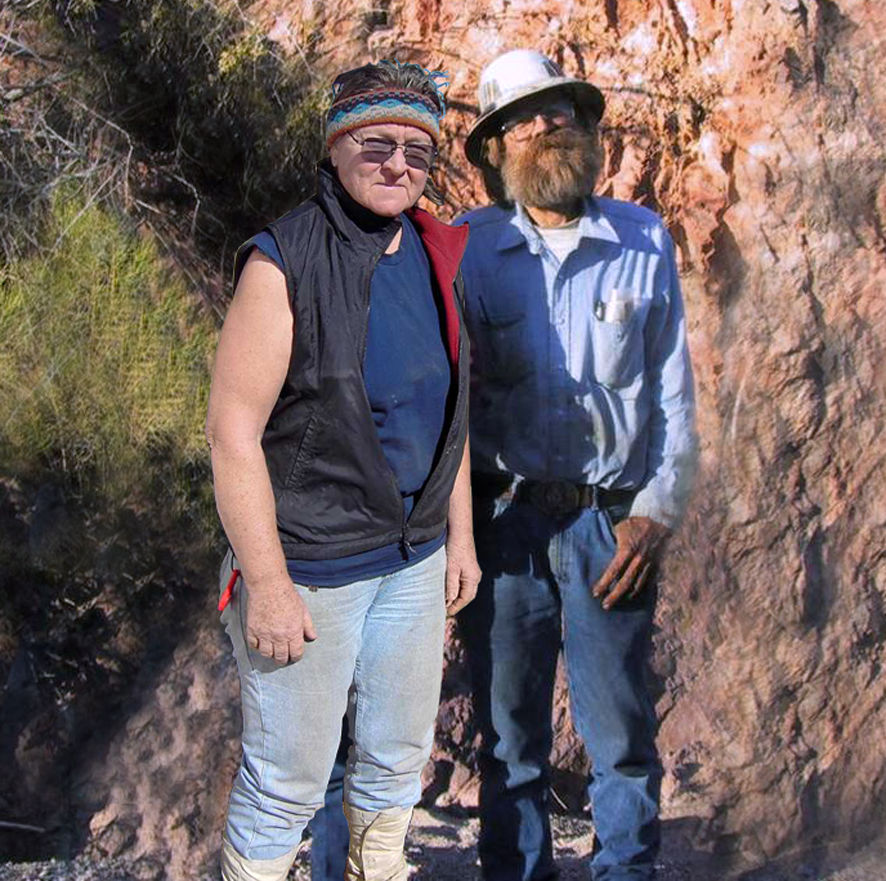 The foundations of our work – Ed&Dee Lusby, arizona

„Okay, by now many probably know that we think that smaller bees are better, but WHY and HOW?

Well, since a series of questions were asked, I guess I better start trying to give our rational for believing why we do.

First of all, let me state, to win a war you do not do it by piece milltactics for you will lose. You win by using everything at your disposal, ina conscientiously applied program of surrounding and engulfment from allsides. We are indeed in a war with our industry and whether we win or loseas an industry going forward, will take many of us working together andhelping each other out. This includes sharing information and not holdingback as i.e. trade secrets, for what is it to succeed, if you are the onlyones left and all your friends are gone.

We believe that environmental surroundings and being in harmony by way of cell size is 1/3 of the problem, because prior to artificial enlargement of combs, there was no problem, and that by the way, has esculated ever since with parasitic mite problems and secondary diseases, and yes, breeding problems.

We believe that diet is about 1/3 of the problem, with artificial diet causing inadequate nutrition. Poor nutrition is a serious stress factor of any organism, that can lead to disease and parasite attacks, as well as yes, breeding problems.

We believe that breeding is also 1/3 of the problem, that is not in tune with natural surroundings. Breeding wrongly goes hand in hand with inducing dietary stress and environmental stress.

You cannot do one of the above alone, without compromising the other two also, therefore all changes have to be done in an overall combined program, that includes combating the problem from all angles. Is this not what Nature is doing to us now? Fighting us from all angles? I think so!

Many have asked/written over the years:……………. ‚By reducing the cell size makes the bees less susceptible to the ravages of Varroa, other pathogens and disease? WHY?

This implies some major change to the bees chemical makeup as Varroa’s trigger is chemical or pheromone based, and sizing does this? Correct?‘ With most of todays artificially enlarged foundations on the market, closer to natural drone cell size, than natural workerbee size, there has been created a pseudo-effect, in that parasitic mites now persieve workerbees as an other food source. This is not so in Nature. In Nature, reproduction of mites on A. cerana is limited mainly by the usually very small number of drone cells produced by them; and also by very few female mites developing on worker larvae. They do so only at the periphery of the brood-nest where larvae are coolest and so have a period of development long enough for some mites on them to reach maturity.

It is known that A. cerana and apis mellifera cannot breed back and forth and make viable offspring. But, they are still so close in everything else, that we can study and learn and mimic, to regain control of our honeybees.

In A. cerana there is insufficient juvenile growth hormone III available to induce egg laying of mites inworker brood cells. Now the size of A. cerana has a natural range by latitude, as does apis mellifera, and coincidentialy they are primarily the same. By placing our apis mellifera colonies then back onto comb cell sizing pre-1900 size, back into the upper range of natural at 4.9, we can approximate the sizing of A. cerana in Korea, Japan and the upper west coast of SEA for natural control relative to A. cerana.

At the same time then, we reduce the food inticement, and also the triggering for mite reproduction. Other things happen when we reduce the size of the worker brood cell back into natural biological parameters. You also change the density of the cells on the brood frame, and compacting density raises the temperature, which also helps to place the development more to the periphery of the broodnest for mites.This we have seen happening in our colonies now and so have others visiting and seeing also.

Also, we recommend culling of dronecombs to no more than 10% of anyoneframe within the broodnest, to trigger broodnest cleaning by our apismellifera workerbees. This continuously culling (a field management change)has trigger our workerbees to chewout varroa from our colonies broodnests for both worker and drone brood. It has also resulted in stimulative raising of drones throughout the active season when our bees are raising brood, which we believe helps for better mating of our queens.

By also compacting the broodnest we gain more workerbees for each turn ofbrood for more division of labor, which means more workers for expanded jobs, such as above chewing out of brood. Since the size of the bee is regulated by the size of the cell and the size of the cell regulates the size of the thorax of the workerbee, we also gain control of trachael mites by reducing the opening of the first thoracic spiracle where the mites gain inner entry into the lungs of our bees. By reducing the reproduction of varroa (both types verified by the USDATucson Lab as being in our area) and trachael mites, both known in our area in our bees, we then cause a reduction in secondary diseases, by reduction of open wounds caused by mites chewing upon the exoskelton of our bees and penetrating to drink blood, then vectoring in viral, bacteria, and fungali nfections.

By compacting the density of our broodnest, we gain higher temperature that triggers faster broodnest turnover, that then acts in conjunction with the normal post-capping stage of worker larvae being shortened by up to 24 hours during nectar flows, during the active season, and thus lessing varroa reproduction within our colonies even further.

By reducing the size of the cell to back within the natural range spectrum we fit more naturally the natural flora of plants not hybridized by man, which is the majority in Nature and thus increase the diet, making it more balanced for overall colony health. This can be seen in a greater range of pollen colors brought into and deposited within our colonies. It also makes for more range in the collection of nectar also for increased health benefits.

By reducing the size of the cell back to within the natural range our bees can breed back and forth with feral bees and gain greater variability for expanded characteristics for selection, and where one has great selection, you can breed more for what one wants.

By putting all this together into a package then, we gain control for better diet for our bees, better disease control for our bees, by not having their bodies chewed upon, either externally or internally to vector in associated problems of viral, fungal or bacterial in nature, we gain reduced reproduction of parasites by natural restriction of their diet upon our bees, and the result is we don’t have to use various chemical treatments. I probably have missed someting here, I hope not in thinking about it. I hope it helps answer your question as to why we do it.