The nation’s honeybee crisis has deepened, with colony die-offs rising sharply over last year’s levels, the latest survey from the US Department of Agriculture-funded Bee Informed Partnership shows. A decade or so ago, a mysterious winter-season phenomenon known as colony-collapse disorder emerged, in which bee populations would abandon their hives en masse. These heavy winter-season losses have tapered off somewhat, but now researchers are finding substantial summer-season losses, too. Here are the latest numbers. 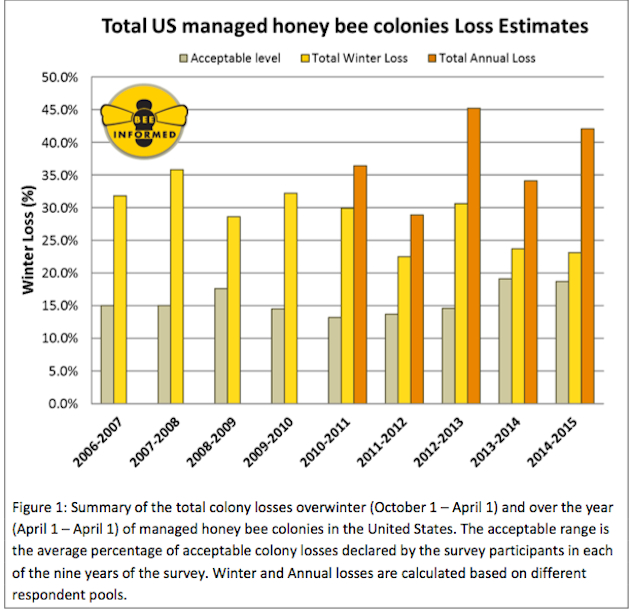 Note that total losses are more than double what beekeepers report as the „acceptable rate“—that is, the normal level of hive attrition. Losses above the acceptable level put beekeepers in a precarious economic position and suggest that something is awry with bee health. „We traditionally thought of winter losses as a more important indicator of health, because surviving the cold winter months is a crucial test for any bee colony,” Dennis vanEngelsdorp, University of Maryland entomologist and director for the Bee Informed Partnership said in a press release. But now his team is also seeing massive summer die-offs. „Years ago, this was unheard of,“ he added.

And here’s a map a map depicting where losses are heaviest: 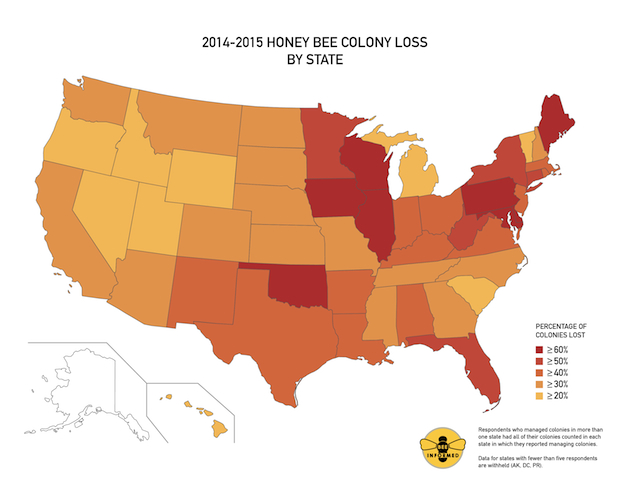 The survey report doesn’t delve into why the nation’s bees are under such severe strain, noting only, as USDA entomologist and survey co-coordinator Jeffrey Pettis put it, „the need to find better answers to the host of stresses that lead to both winter and summer colony losses.“

Here are US Geological Survey maps of where two major neonics, imidacloprid and clothianidin, are grown. Note, too, the rapid rise in their use over the past decade. 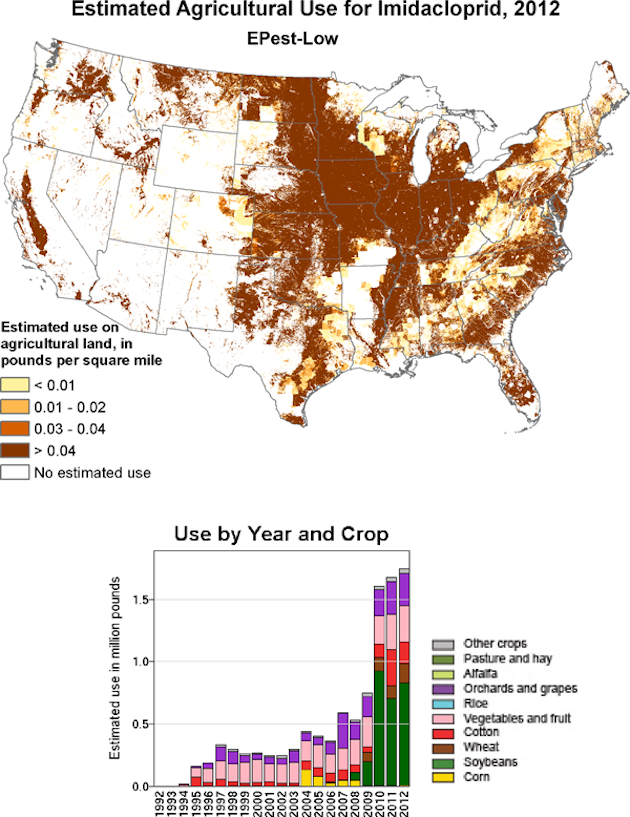 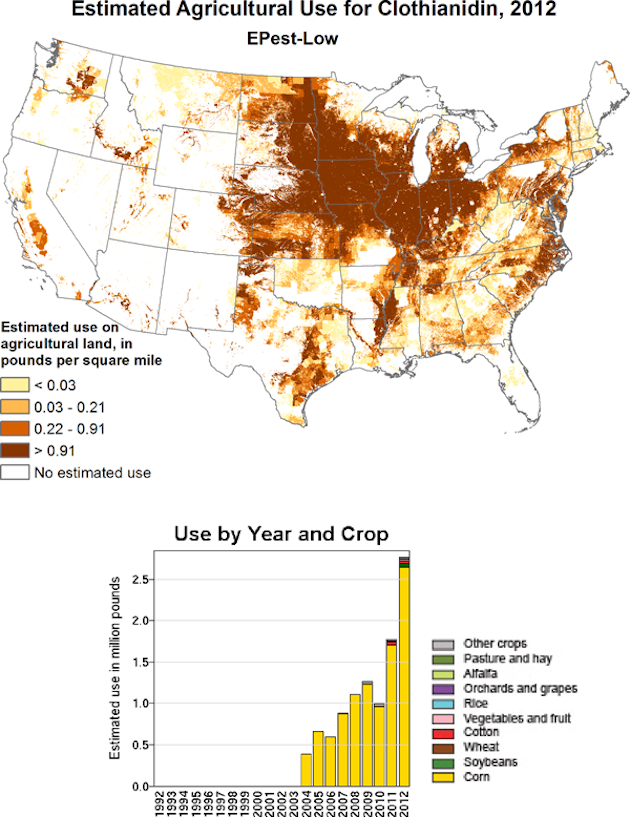 A 2013 paper co-authored by the USDA’s Pettis and the University of Maryland’s vanEngelsdorp found that lows levels of two particular fungicides, chlorothalonil and pyraclostrobin, „had a pronounced effect“ on bees’ ability to withstand a common pathogen. Here are the USGS’s maps for them. 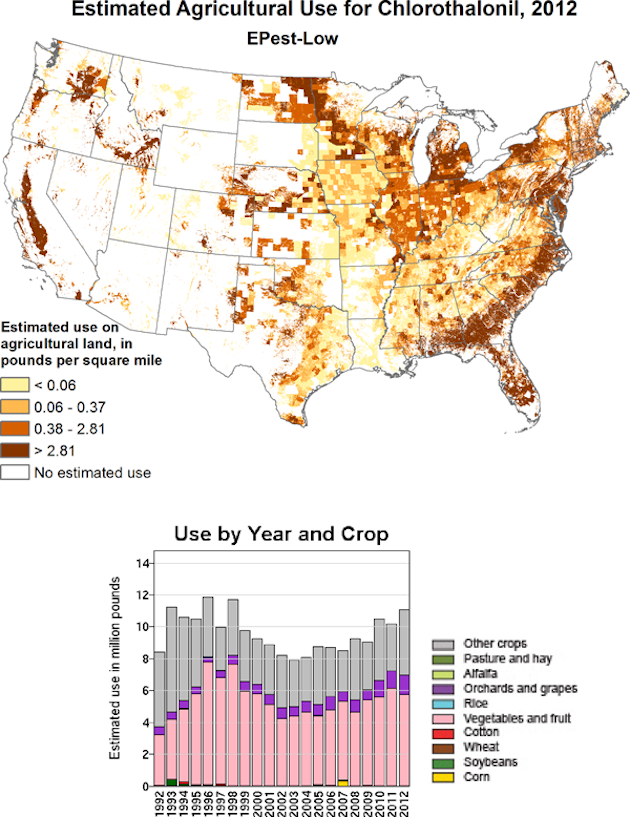 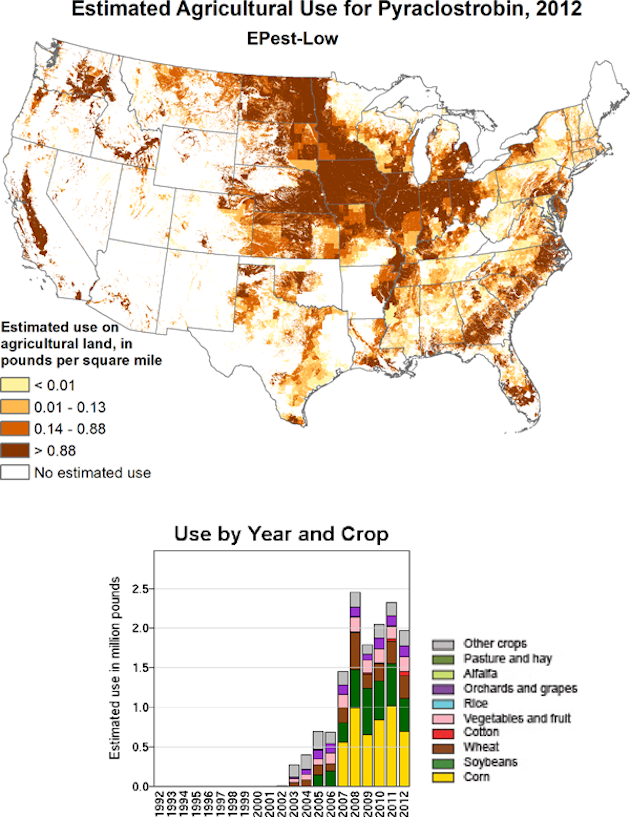